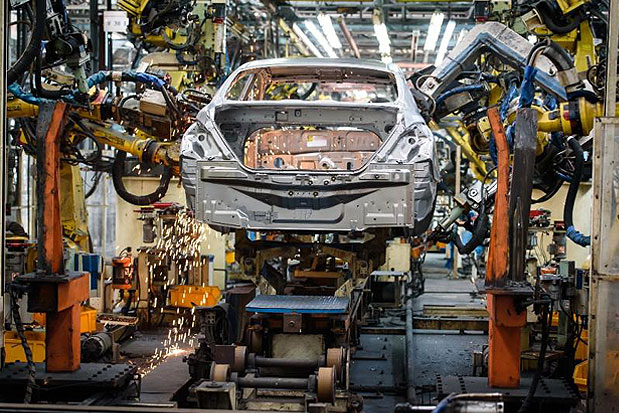 Industry Minister Suriya Jungrungreangkit believes Thailand will maintain its status as a major car production base in the post-Covid-19 period, with the Japanese carmaker Nissan relocating production from Indonesia.

Nissan is “confident” in Thailand, where it plans to continue its business, Mr Suriya said after a recent talk with Ramesh Narasimhan, the president of Nissan Motor (Thailand).

The company’s Yokohama-based headquarters announced in May that it would close the Indonesian plant as part of a four-year plan to improve business performance, according to media reports.

The closure would result in Thailand being Nissan’s sole production base in Southeast Asia. The company’s production facility is located in Samut Prakan.

Nissan is determined to produce both electric and hybrid cars in the long term and has already won support from the Board of Investment through its incentive programmes, Mr Suriya said.

The FTI forecasts that domestic car production will be between 1.3 million and 1.4 million units this year, selldown from 1.9 million forecast before the pandemic began.

Mr Suriya also said Nissan plans to assemble the Nissan Kicks hybrid electric vehicle in Thailand to export to many countries, including Japan.

The model made its local debut in May.

All visitor must be properly dressed. Those wearing shorts, slippers and minors below age of 16 years old are not allowed admission.